The Infinix Smart 2 is a bit of a jack of all trades and master of none smartphone. It’s great for multimedia consumption, super-fast Internet browsing over 4G LTE speeds, and encourages prolonged use of Whatsapp messaging.

The phone was not made for heavy users like me who play PUBG frequently. So what kind of user are you and did the smart 2 tick all the right boxes for you. Let me know in the comment section down below.

Design of the Infinix Smart 2. 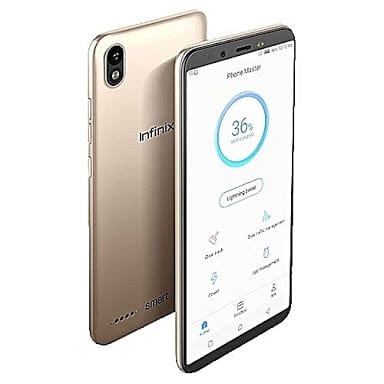 The design of the smart 2 is pretty simple; it’s a small and lightweight smartphone. The plastic unibody isn’t matte, and the 2D glass doesn’t give it that look you will see on other Infinix smartphones like the Infinix smart 3 Plus, but then again, it’s part of what makes it an entry-level smartphone.

As for the display, it’s 1440 by 720 resolution HD+ IPS LCD, and it’s even has rounded corners, which I prefer. The touchscreen is responsive, it gets very bright outdoors and even more brilliant than the Infinix Note 5. Indoors, it gets dimmer than the Note 5 as well, and that’s a win-win here.

Though I never use the lowest brightness settings on the Infinix Smart 2. I can imagine some people might do that to preserve battery life.

The dual 3D, Dirac speakers that were on the previous Infinix Smart, is gone, and the speaker has also been moved to the back.  It sounds pretty basic, with no muss around, or stereo whatsoever. Call quality is excellent though, for those who still use the phone for calls, it also comes with dual voice over LTE support.

Performance of the Infinix Smart 2. 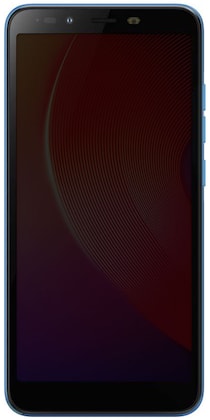 In terms of performance, the Mediatek 6739 quad-core CPU paired with 1GB of RAM is very entry-level, and yes, this means it’s slower than the snapdragon 425 of the Infinix Hot 6 Pro.

Moreso, the PowerVR GE8100 GPU is not geared towards heavy gaming at all, sure some games are playable on the device, but it won’t run Asphalt 9 or PUBG.

When it comes to running apps, it takes a couple of seconds to switch between some apps, and you would see occasional lag. Other than this, the Android 8.1 Oreo Go edition has you covered as the interface and Go apps run smoothly on the Infinix smart 2.

In the quick settings, you have all the usual including eye care and a new Whatsapp mode, which restricts every app from background data besides Whatsapp; basically, other apps can only regain access when you’re back to using them, a pretty impressive mode.

The face ID works, but it’s slow, and this defeats the purpose of the face ID. I use the fingerprint sensor to unlock my phone, which is a lot faster, but not as quick as the Infinix Hot 6 Pro.

The camera of the Infinix Smart 2

The 13MP camera takes over a second to capture and process an image properly in low-light conditions, but when you’re outdoors, and your hands are steady, it rewards you with very crisp photos. Although I took some pretty, crispy photos with indoor lightning, I would say the best photos were taken outdoors.

About battery life, the smart 2 didn’t quite last me over a full day, whereas the Infinix Note 5 pulled through two full days and some change while performing the same tasks. With the Smart 2, I had to plug in to charge every night because there’s no point starting the next day with 11 percent battery life. I get about 5 hours of screen on time without any battery optimization whatsoever.

InfinixArena is a tech based company originally created for Infinix mobile. along the line, request grew from users for more categories.

This website uses cookies to improve your experience. We'll assume you're ok with this, but you can opt-out if you wish. Accept Read More